The morbid sentimentality of Victorian mourning jewelry has long been an obsession of mine, though most of these objects are highly collectible and one can only dream of owning them.  Though, sometimes by accident you happen across something that is really old, and really special– that is how I found the rosary featured.  It was in a lot of the unloved and broken, the fragments I used to make many of my necklaces.

I believe these beads to be vulcanite (often called gutta percha), which is a very early form of plastic that was widely used in Victorian times as it simulated jet. It was used until the early 20th century when bakelite was introduced.

The crucifix features detailed ivy leaves and is marked France. The center medal is a Miraculous medal, and at Mary’s feet there is a date reading “1830”– this is not the date of the rosary but instead the date of the miraculous appearance of Mary commemorated on the medal, which is also marked France. These miraculous medals were used in the late 19th century. This rosary is quite beautiful, delicate and in wonderful condition. 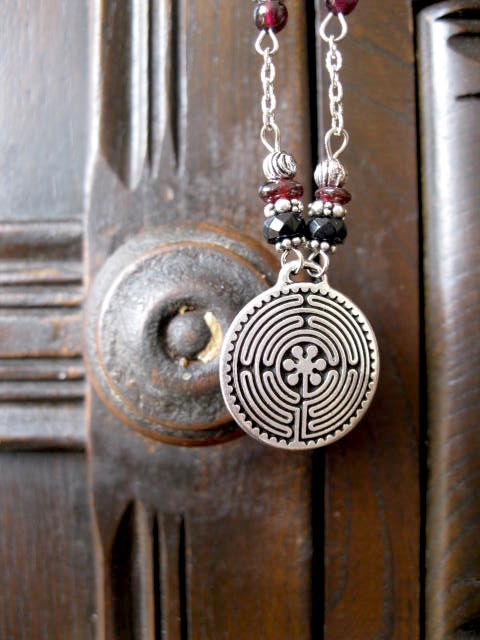 While making this pendant necklace which depicts the Chartes Cathedral labyrinth, I was thinking about the maze as an ancient metaphor and archetype of Wyrd or the mystery of destiny.  Living in the UK, I find myself in all kinds of mazes– some quite literal, like the hedge maze in Hanwell, or the turf maze of Rievaulx abbey.  But often the very density of places in England can feel like labyrinths– from the tiny city of York with its snaking walls, the subway tunnels of London or the shadowed neon-lit corners of Soho.  I didn’t really understand the resonance of the labyrinth until moving here.  Indeed, there are no false turns in life! 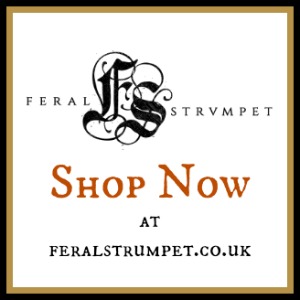 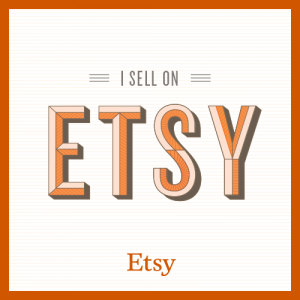 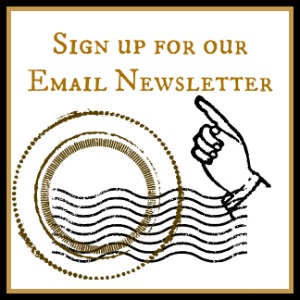